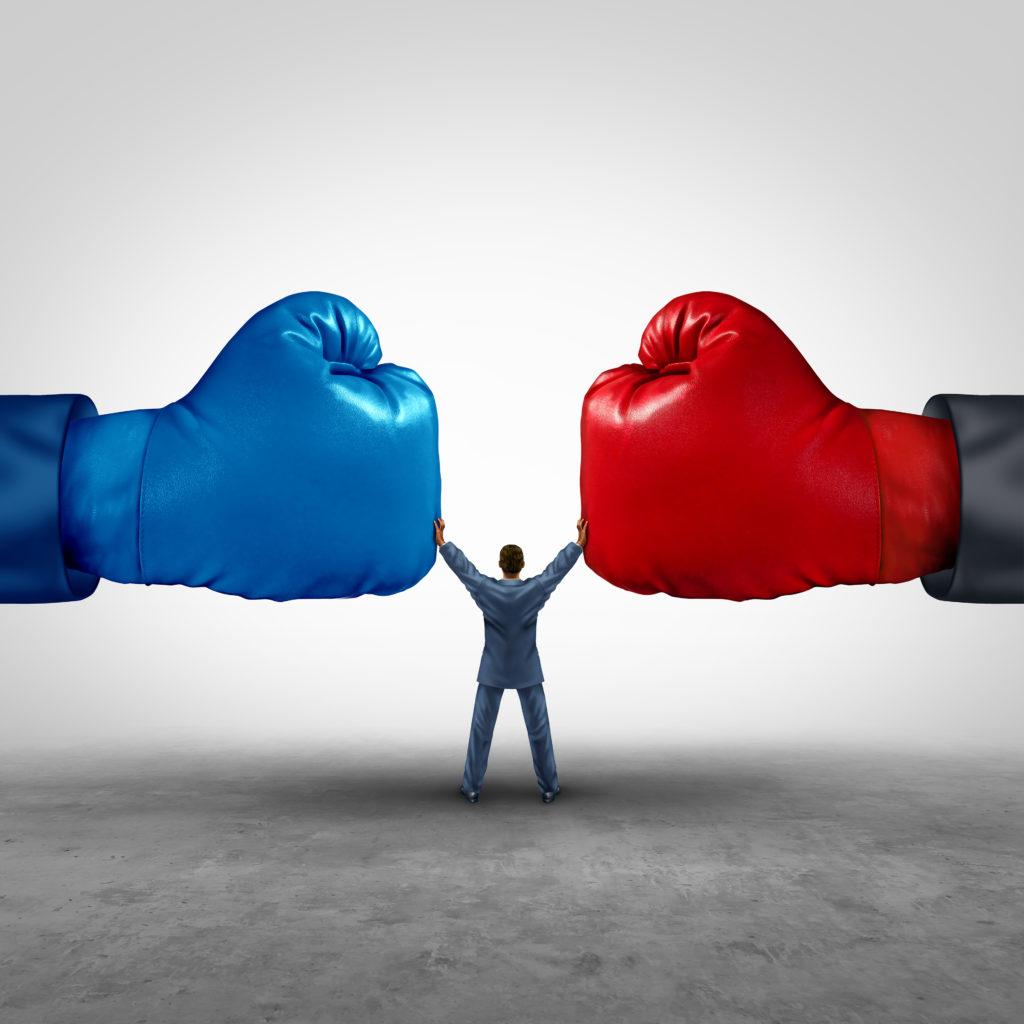 Who would say yes to boosting their wealth by 52% and taking home 24% higher income?

No, this isn’t an infomercial, but I would like to share with you a story about how much easier that outcome is than most people realise.

It’s honestly about as pain-free as finance gets.

This is a tale of two families:

Here’s where it starts to differ.

The Smith’s live in a nice/comfortable family home with a mortgage of $450,000

The Jones’ on the other hand pushed for the biggest house they could get, with a mortgage of $900,000

Their spending is somewhat different too.

There’s always the latest gadget at The Jones’s house. Trips overseas twice yearly. Dinner at some of the best restaurants almost monthly. Plenty of expensive wine in the rack and labels in the closet. Latest model car on lease in the driveway.

The Smith’s on the other hand would describe themselves as comfortable. They don’t scrimp, but they do tend to make purchases at a more sedate pace. They don’t really worry about the latest of anything, but they also don’t want for much.

As a financial adviser, I get to see behind the curtains of these situations. So, let me share with you the inside scoop and also how to play the long game, fast forwarding things and sharing with you where this all ends.

Given the environment out there, there is always encouragement to consume and constant pressure to spend. Let’s not discount that.

However, the simple fact from an economic perspective is this.

The Jones’s are consumers, the Smith’s are wealth creators and, later, investors.

If you want be independently wealthy, you can’t be net consumers.

When I encounter families like the Jones’s, they share with me stories of arguments around money, of wanting to live a better life without financial stress, and of pressure to make more.

It’s most odd that when I sit down with clients like the Jones’s, who invest so much in their possessions and lifestyle, statistically they are also more likely to shy away from engaging and making an investment in changes for the better of their family.

In comparison, it’s families like the Smith’s who usually want to make it count. They also want a good life now however realise if they don’t do anything they may not reach a place where they don’t have to worry about money.

Regardless of which type of family you are, let me share with you how I help and the amazing results that come from some small changes.

You already know the story, so here’s the how.

So, first things first, I helped the Smith’s understand their spending patterns; essentially where that money is going.

I took them through a process of working out what are the areas they gain value from their spending, versus where they were spending on those items that didnt’ matter, the ones that end up in the back your cupboard never to be used.

C’mon now we all have them. Mine is clothes still with labels on, looked good at the time of purchase, but really didn’t like it post that, thus sits at the back of my cupboard.

Now we had a good idea on what the family values the most when it comes to their spending.

As a result, we uncovered ‘leakage’ that could be directed elsewhere without pain.

We realised they hadn’t had their home loan reviewed for some time. They were paying ‘apathy tax’ – 0.5% pa more than they should be.

We got that back and freed up further cashflow.

The result of this little two-step exercise?

We were able to free up approx. 20% of their income to redirect elsewhere, such as paying down their home loan and saving for their retirement.

That’s right. $46k of spending that was being wasted, and we put it to work to further make it better.

There was a final step.

Here’s the real gold in this process.

You want to embed this? The first key thing to do is ensure both parties agree on the spending plan together.

I’ve found it works best by turning it into an event. Once a month grab a nice bottle of wine and sit down and go over your spending each month ensuring it is in line with what you had agreed.

This is the accountability part, mixed with a big dose of positive reinforcement so what seems boring becomes rewarding.

Did I mention this couple was able to free up 20% of their income to direct to investing for the future (financial freedom/independence, whatever it is for you) while paying off their home loan in a timely manner? As in, that 20% was put to work generating even more, instead of flowing out the door unnecessarily.

The rewards didn’t stop there.

The Jones’s started to nominate a restaurant to visit instead of just a bottle of wine when they hit their goals. Then it turned into a weekend away. The rewards grew as their wealth did.

See where this went? In no time, they were moving into the best of both worlds.

So based on the above, what’s the end game?

The family that wanted to take control of the situation got clear and confident in where they were going.

They will pay off their home in 9yrs time whereas the other family will take approx. 15yrs.

They will have a higher pool of investment funds ( roughly 52% higher than the family living like the Jones’).

Based on income being drawn down of 4%, they will have 24% higher income than the family living the flash lifestyle when it comes time to down tools.

Ultimately, they both end up leading a good life, with one key difference.

The Smith’s will one day put themselves in a position where they can make a choice about whether to work or not, retire early and know they will not have any money problems.

They also have certain future with less stress about money.

The Smith’s have a lot of motivation to keep working hard.

What can we learn from this?

It’s all about the habit, not the tools. You can have all the tools but if you don’t implement the necessary habits you will not get the results.

Working out what’s important will set you free.

Is living the high life that important that it impacts your longer term financial future? If so cool, but know the trade offs.

Make sure you reward yourself. Whatever that is, make it something you will look forward too. Small rewards along the way will make it more pleasurable.

So if Financial Freedom is what you want, what’s next?

Put a date in your diary with your partner, put aside roughly an hour.

Get yourself a nice bottle of wine. Really nice(you want to make it worth it, don’t you). You may as well be enjoying a nice glass of wine while you’re doing it.

If you want a moderate bottle, I like my reds so would suggest a bottle of Kays Amery Basket Press Shiraz or something from the Zema family.

If you want something a little more special, I can’t go past a nice bottle of Rockford’s Basket Press.

Print off all your expenses and go through them one by one. Keep the ones you value the most and ditch the ones that you don’t value. Ie: Foxtel vs Netflix, dinner at restaurant two times per month rather than every week.

Make it an event.

So there are plenty of places you can go for tools. Check out the government website here for their budget planner. There are also plenty of online apps for tracking and categorising spending.

If you’d like to fast track the process, feel free to reach out and I’ll share some of what I’ve learnt.

This information is of a general advice nature only, and has been prepared without taking into account your particular financial needs, circumstances or objectives. All information is based on Exelsuper Advice Pty Ltd’s understanding of current law as of 4th April 2017. While every effort has been made to ensure the accuracy of the information, it is not guaranteed. You should seek professional advice before acting on the information contained in this publication. Taxation considerations are general and based on present taxation laws, rulings and their interpretation as at 4th April 2017. You should seek independent professional tax advice before making any decision based on this information. Exelsuper Advice Pty Ltd CAN 080 419 holds an Australian Financial Services License 428272.